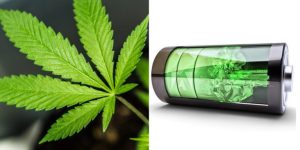 Replacing lithium batteries with hemp would make electric cars (and all our other gadgets) WAY more sustainable!
Is there anything hemp can’t do? A year after hemp became legal to grow in the United States, we’ve seen its power to make better clothing, better buildings and better medicine.

Now, there’s something else hemp appears to be better at – making batteries. Most auto batteries today are made from lithium-ion, an expensive, quickly disappearing material. A team of American and Canadian researchers have developed a battery that could be used in cars and power tools using hemp bast fiber – the inner bark of the plant that usually ends up in landfill. 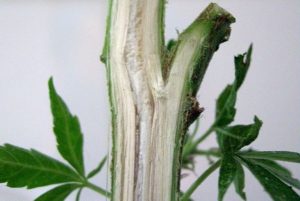 They “cooked” the woody pulp and processed them into carbon nanosheets, which they used to build supercapacitors “on a par with or better than graphene” – the industry gold standard. Graphene is a synthetic carbon material lighter than foil yet bulletproof, but it is prohibitively expensive to make.

“People ask me: why hemp? I say, why not?” inventor David Mitlin tells the BBC. “We’re making graphene-like materials for a thousandth of the price – and we’re doing it with waste.” Mitlin, a chemical engineer, first published a description of his team’s battery in the journal ACS Nano in 2014. More recently, a YouTuber put the hemp battery to the test against a lithium-ion battery and found it to be 8 times more powerful!
Tesla’s new million-mile battery is made from lithium-iron phosphate, which is supposed to last twice as long as conventional lithium-ion batteries. While more abundant and cheaper than lithium-ion, lithium-iron-phosphate still can’t compete with the apparently far-more-powerful (and renewable) hemp!

Feedback, questions or accessibility issues: info@extension.wisc.edu | © 2023 The Board of Regents of the University of Wisconsin System
Privacy Policy | Non-Discrimination Policy & How to File a Complaint | Disability Accommodation Requests